That Gum You Like is Going to Come Back in Style…

There’s been a lot of renewed interest in the early 1990s TV show Twin Peaks. I remember watching it in first run, friends and I spent hours puzzling over it mystery and obscure symbolism. I got to introduce my Film Cricket partner Diana to the show a couple years ago, and it is actually one of the big inspirations for this site. 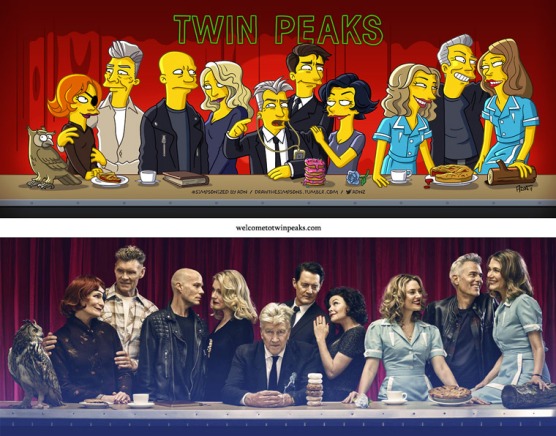 from Entertainment Weekly,
via WelcomeToTwinPeaks.com

(We’re not the first to think of this by a longshot.)