It’s September 19th, the official National/International Talk Like A Pirate Day of 2016! The nonsense holiday adopted/invented by The Church of the Flying Spaghetti Monster to fight global warming.

I usually forget this celebration until the day’s half over–but not this time! With Pirates on our mind, we here at FLIM Springfield decided it was time to remember some of the many classic pirate references from the first ten seasons of the show. And, of course, appreciation for The Sea Captain, one of the most enduring members of the Springfield Baggy-Pants Players ensemble. 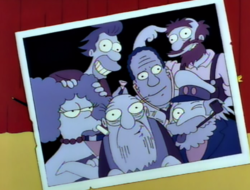 The Sea Captain.
Sure, he’s not a pirate, but he’s got the lingo down… 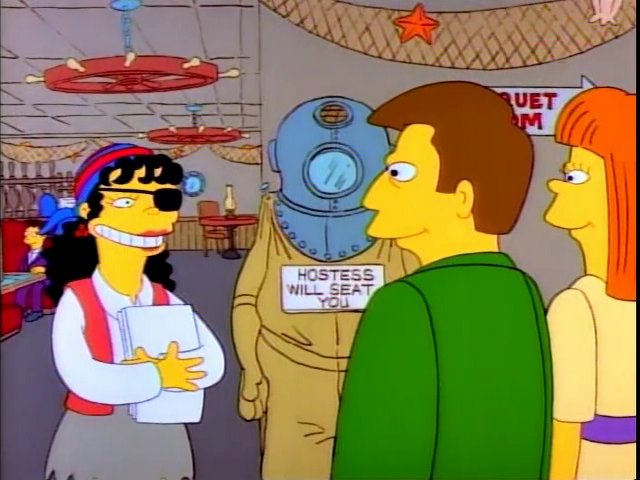 The Rusty Barnacle restaurant,
and its waitstaff.
Homer’s Night Out (Season 1)

Stealing can also be called PIRATING!
Homer vs. Lisa & the 8th Commandment (Season 2) 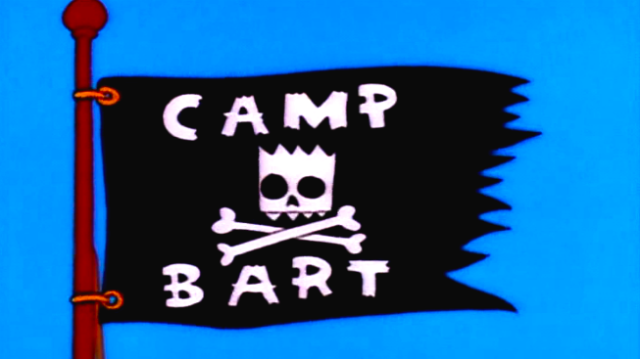 “You were gunna name it Camp Freedom!”
Kamp Krusty (Season 4)

“I am Calliope, the muse of Heroic Poetry!”
“No kiddin'” *punch*
Treehouse of Horror III (Season 4)

Long before the Superdome
Where the Saints of football play…
Lived a city that the damned call home
Hear their hellish rondelet…
New Orleans!
Home of pirates, drunks and whores
New Orleans!
Tacky overpriced souvenir stores
If you want to go to hell, you should take a trip
To the Sodom and Gomorrah of the Mississip’
New Orleans!
Stinking, Rotten, vomiting, vile
New Orleans
Putrid, brackish, maggotty, foul
New Orleans!
Crummy, lousy, rancid, and rank
New Orleans

“Arrr! This chair be high, says I.”
Treehouse of Horror IV (Season 5)

“Love in the Time of Scurvy”… 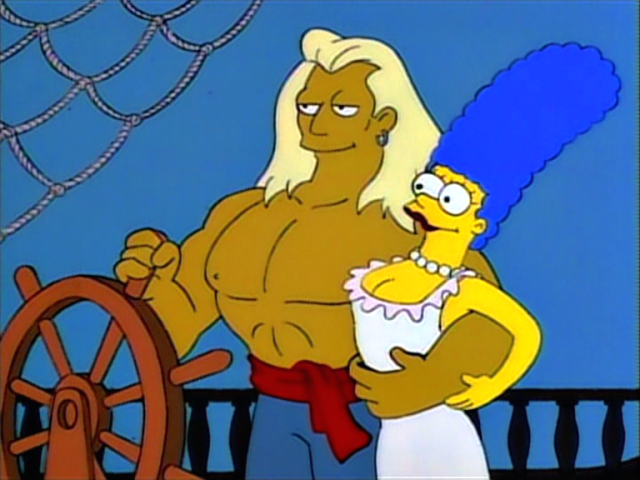 Think of the corporate sponsors!
Lisa the Iconoclast (Season 7)

Did we catch ALL the references? Probably not. Let us know which ones we missed in the comments. More importantly: Remember by talking like a pirate, with your help, we can stop global warming, and make the world safe for real scientific research.